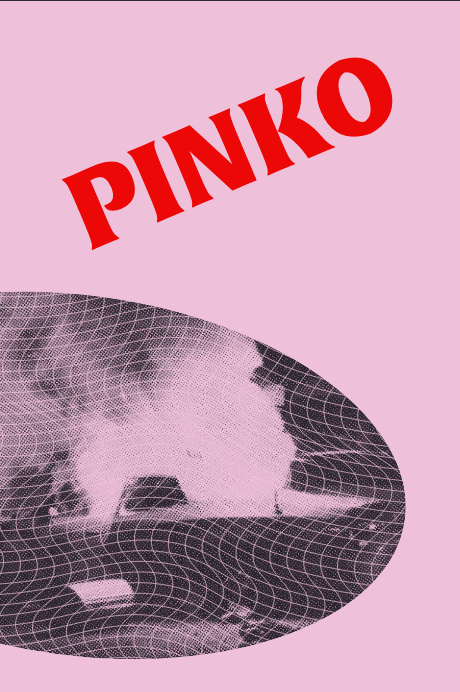 As the apocalyptic project of capitalist accumulation staggers on, the past forty years of crisis have seen the collapse of the old workers’ movement, the suppression of international solidarity and wars for freedom against empire, the pyrrhic rise of gay liberalism, and continued mutual immiseration and alienation. We see this crisis unfolding in the global ecological threat, the resurgence of fascism, and the desperate, violent reaction against the decay of a certain delusion of a stable family underpinning a social order.

Like the world which it served to bind together, heterosexuality is in crisis. This is not for the first time, but it may be the last. This crisis is not a passing “sex panic,” but represents a more fundamental rupture. No one can agree any longer what this world is for. Everybody can feel it. Its pleasures are now uneasy, its hatreds unsure of themselves. In the grim shadow of biosphere collapse and climate fascism, who could believe heterosexuality’s promises of eternity? Everybody can see the storm coming; some have already been forced to be the levees.

On the US American political stage, a moment of the larger crisis: the news is an unending snuff film of heterosexuality’s public demise. The president, a literal patriarchal capitalist, cannot hide his revulsion at the very idea of any woman. His sole achievement in governance, the installation of a judicial majority ready to repeal women’s self-ownership, provoked a mass informal sex strike. By all accounts, the televised Kavanaugh hearings provoked more men to question their innocence than any other #metoo episode. For the first time, heterosexuality seemed to be experienced as a collective personal crisis for heterosexuals as well.

In some sense, this is an index of the failure of the sexual liberation movement. Heterosexuality is not a personal problem, of course, but a political institution. Queers have all had to pass through the crucible of this problem in our private lives and resolve it through reconciliation with a collective political identity. Inexcusably, perhaps, we have left the offending institution intact.

Yet new desires, new modes of gender, and new struggles are breaking open. As partisans of queer freedom, we see in the present outlines of rebellion, a linking of sexual freedom and queer potential with the real movement to abolish the present order of things. The inherited language of the sexual liberation movement, which sought freedom from a productive regime which no longer exists, does not help us here. We need new words sufficient to speak both of the limits and potential of our time. In today’s struggles over the conditions of gender and labor, we see the signs of a new queer communist horizon.

The collective self-determination of gender will be a revolutionary achievement of the highest order. Gender is currently where the work of class reproduction gets naturalized. Though it is experienced as deeply personal — as the essence of personhood, even — it is one of the central mass political experiences in capitalist society. Gender is imposed, stabilized, and reproduced through a material infrastructure distributed across the social, in private places like the family or sexual intimacy and public places like the street, and in moments like access to the labor market and in relation to sexual violence. To be free to live out gender however we want means to be free of the fear of violence that guards these places and moments, to be free of the need to work for someone else to reproduce our lives — to be free of class society.

This moment of popular gender struggle is missing a communist perspective. Gender relations are not natural but historical — tied to cycles of accumulation and crisis and the political struggle against them. The current gender regime is the index of a particular configuration of class power. We can provisionally describe it as partially liberated — that is, characterized by formal or nominal freedom to relate to the reproduction of class society in a voluntary way, while nonetheless maintaining the entire coercive social infrastructure required to ensure it takes place no matter what. The sexual or gender freedom we possess is nothing but the freedom to reproduce the current social order.

We believe struggles against the current order are simultaneously struggles against gender. Likewise, gender struggles at their limit are struggles to overthrow existing society. We take as a starting point the revolutionary nature of past movements for gender and sexual liberation, though we do not approach them uncritically. The movements which are our inheritance were struggles against a particular configuration of class power which no longer obtains. The family and the workplace have undergone a profound transformation in the past 50 years. The horizons which sexual liberationists were pursuing are now in some ways our ground. While many of the battles we are fighting now have past analogs, what we need most now is not only the defense of older horizons of gender freedom but the courage to imagine new ones.

These freedoms will be discovered in the course of struggle. We don’t presume to dictate them in advance. But part of the work of that struggle will be the creation of new language and new concepts with which to grasp capitalist sexual and gender relations. A journal is a crucial tool in this regard.

By providing a public platform for sustained theoretical engagement with the problems posed by gender struggles against capitalism, we can assemble an audience and furnish it with resources for this fight. We can subject these struggles to comradely critique, conduct workers inquiries and enrich community knowledge of our material location in capitalist society. And we can resurrect texts from older traditions of this struggle which we believe can aid us in our liberation today.

We don’t undertake this project out of a concern for representation, or to simply assert the radical essence of queer political forms. Precisely the opposite, in fact: we believe the more self-regarding elements of queer desire for absolution share a view with the fascists of the queer as a kind of born disruptor of natural law. This is not our analysis. Whatever power we exercise derives from our capacity for organizing collective experience. And it is this capacity that we have faith in, not our luck to have found this particular way of relating to pleasure.

But every struggle against capital must take a particular shape, and we will only find out what this shape is by pushing the struggle to its limit. At the moment, a wealth of thinking, organizing, surviving and living in ways tending toward gender freedom—that is, classless society—exists dispersed throughout the social field. We humbly propose a publication for the aim of assembling it into fighting form.