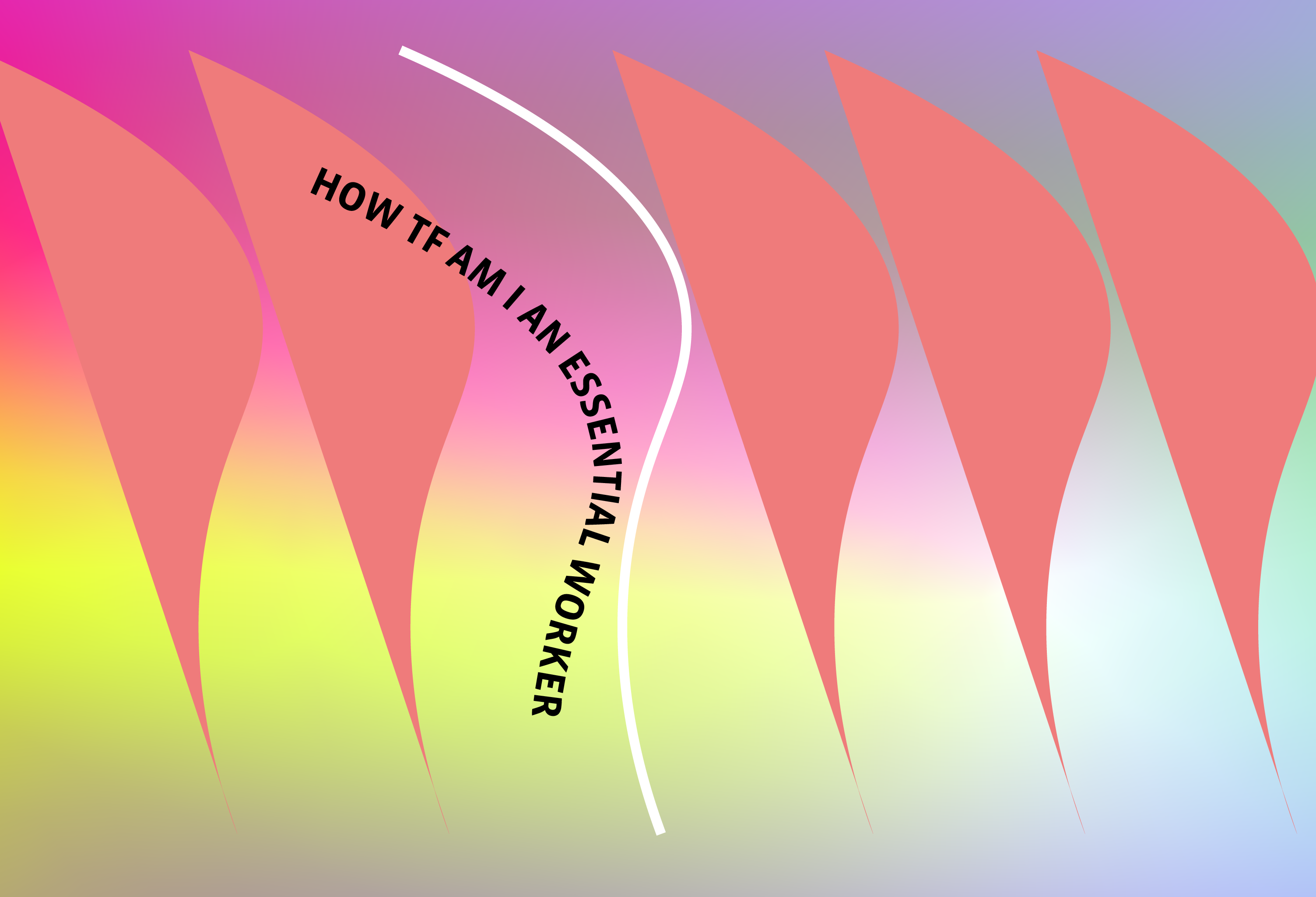 Next in our series of interviews with essential workers during the COVID-19 pandemic is a postal worker in California. This inquiry took place over email over two months, marking ongoing shifts in eventfulness, intensities, violations, and catastrophes. In the interview, they illuminate how workers’ practices to sustain themselves are intimately entangled with our social reproduction, as well as the vexed overlap of the COVID-19 pandemic, black politics, and the demand to abolish police and prisons.

How are you? How's your day off? Are they rare now?

More than anything I'm worn and weary. Off days are quite rare recently. Typically we get Sunday off and then a floating off day that cycles Monday-Saturday, but as of late, carriers and drivers are understandably calling in sick, which has management mandating that those still working come in on our floating off day. On top of the mandated off days, the decreased number of carriers also means we work extended hours; rather than working 5 days/week with an hour or so of overtime on 1-2 of those days, many of us, myself included, are working 6 days/week, 9-10/hours a day, covering our own route then between 1/3 - 1/2 of another route. Besides the coverage on other routes bringing us increased possibility of viral exposure, the added labor leaves me feeling particularly out of touch, both literally and metaphorically. The physical is nearly irrecoverable for me - there's no one for me to hold or be held by at the end of these long hours, not even my family. Of the people I live with, my parents are both immunocompromised and my brother isn't much for physical affection (and even if he was, the amount of exposure I have doesn't leave room for much of any closeness), so I haven't hugged them goodbye in the morning or goodnight before bed in some months. My off days, however, do leave some room for getting back in touch in the more metaphorical sense: I spend my one day a week scrolling through Twitter, praying, listening and watching old gospel videos on YouTube, talking on FaceTime and/or phone calls with lovers and loved ones, and reading, as well as writing, on Black labor organizing, spatial practices, captivity, flight, and the blues, as of late. Really, it's the dual out-of-touchness of it all compounding the added hours that leaves me feeling the lowest in the few labor-free hours I have each week, but my Sunday practices help hold me over until the next day comes around.

Being in close proximity with family but not being able to touch in the way you normally would feels dispiriting (and I'm probably normally more like your brother in terms of physical affection). And it seems like the unreliable scheduling has you even more exposed. What has management done in terms of attempts at safety? Can you tell me more what happens when someone gets sick?

The safety precautions seem to vary station-to-station across the country, but around these parts there were some leftover stockpiles of N95s remaining after the poor air quality from several serious fires that happened in the last few years, so that created a buffer for all the backordered PPEs at the start of things. More recently, they've set up a disinfectant station with hospital-grade disinfectant spray, disposable gloves, and hand sanitizer, as well as tracking down pocket-sized sanitizers and cloth masks for each driver and carrier. They've introduced staggered start times to reduce crowding at the punch-clock and to give clerks enough time to sort the overwhelming package volumes. Outside of the station, we no longer have to receive a direct signature from package recipients; instead, we're allowed to provide a carrier signature and a C19 designation.

As far as when people get sick, when a carrier at another station tested positive, carriers at that station were allowed to take leave whether they tested positive or not, but there was no shut down, no 48 hour station sanitizing period. Rather, stations without positive cases were asked to send any part-time flex (PTF) carriers, without a designated assignment, to cover the routes of any carriers taking sick-leave after being exposed. (Part-time is a bit of a misleading designation here, because, at the Post Office, part-time doesn't mean fewer hours a day or fewer work days a week; Part-time flex generally means you don't have a regular assignment and can therefore be asked to work any route/s any given day, Monday-Sunday, up to 12 hours in a day, including your 30 minute lunch.) Those same carriers from non-positive case stations then returned from their assignments at the positive-test station without any testing protocol to ensure that they didn't become carriers themselves while working elsewhere.

Wow. How has the pandemic changed the way you see your own work, or place as a worker? What do you think about the "essential worker" language?

As far as how the pandemic has shifted how I see my work and place as a worker: the increased workload leaves me feeling particularly out of the loop because so much information is disseminated digitally and my hands are literally, as well as figuratively, full at all times throughout the day. On the other side of things, there's quite a bit about the contours of our labor that people don't see because it's hard for us to get the word out. When I do get a chance to talk with friends and loves, they're generally lost in trying to make sense of how things go with my work. As much as I'd read and talked about, as well as experienced through family, how labor deeply disorients temporal relations, actually working double time and always feeling behind makes for a temporal disconnect that's hard to make sense of, that generally leaves me in a state of exhaust.

To add another layer, from the national to local level, the union does not have much of a press or political arm - the direct results of decade's worth of federal dismantling and hand-tying ever since the historic wildcat strike back in 1970. With what's left of the union, most of the labor goes towards filing grievances, and the political dimension goes no further than raising campaign funds for electoral candidates that promise to lobby for the rights and protections of postal workers on the Hill. The category of "essential worker" for me, as much as it elides our increased viral exposure and expendability, also carries a certain political possibility within it: without our service there would be many other critical day-to-day operations that would be unable to properly continue. This possibility offers potential leverage for organizing towards a truer collective bargaining rather than begging, hazard pay, expanded sick leave, etc., but I have no idea where to start. When I brought up hazard pay with other carriers, they responded as if it were a myth, and as each day goes by that disbelief sinks into my head more and more. There's a necessary faith that remains with me through the spirit of my gramma's AME church background, my politics of prison and police abolition, and my belief that another world is possible, but I'm still in search of a collective organizing around our labor, union or otherwise.