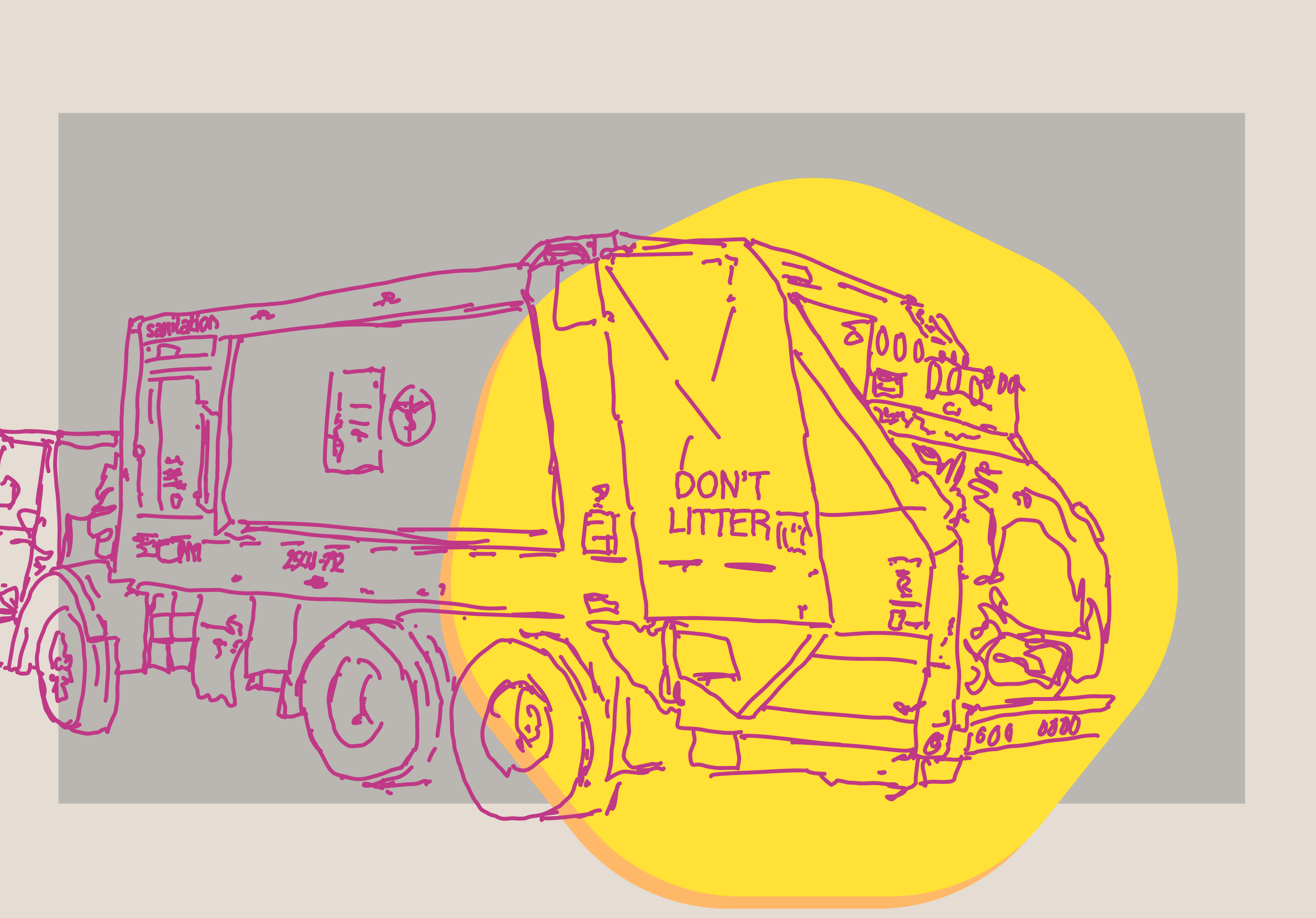 Jeffrey Escoffier is a veteran of the gay liberation movement, the author of American Homo: Community and Perversity, and a longtime socialist activist who worked at the NYC Department of Health for twenty years.

COVID-19 has brought capitalism to its knees. By mid-April, 316 million Americans, 96 percent of the population, were confined to their homes under shelter-in-place policies. More than 40 million Americans had filed unemployment claims since March. The unemployment rate hasn’t fallen so low since the Great Depression of the 1930s. Economists at Goldman Sachs estimate that the gross domestic product of the United States may decline by 35 percent in 2020, and that the process of economic recovery may take anywhere from 2 to 5 years. In truth, global capitalism never fully recovered from the 2008 recession, and it will probably take decades to recover from COVID-19.

This is devastating! And particularly so in a country with such enormous inequalities of wealth and income. The human toll of the COVID-19 pandemic is also devastating. By May 22nd, more than 73,000 Americans had died from COVID-19, more than fell during the 10 years of war in Vietnam (58,220) and the wars in the Persian Gulf, Afghanistan, Iraq and Syria (9,610) combined. The estimated cost of the war in Vietnam in 2020 dollars was $1 trillion. It is too early to calculate the total cost of COVID-19, but Congress has already allocated $3 trillion to deal with the immediate social, economic and public health crisis caused by the virus—and is planning to allocate even more.

One of the cruel ironies of this pandemic is that New York City has become the global epicenter. From 2001 to 2012, Mayor Michael Bloomberg made public health an essential part of the daily governing process. He set out to achieve the highest life expectancy of any city in the United States. He was convinced that public health—public policies that benefited the entire population, not just those who could afford medical care—saved many more lives than medicine, and cost much less. Private action could never achieve the same results. He spent millions of dollars—some of his own—to reduce deaths from smoking and obesity as well as other health risks. He believed that only the state could successfully underwrite public health—the sort of state which Michel Foucault called “biopolitical” and which would manage the everyday processes of life and death. His political opponents on the right sought to discredit the Bloomberg administration by designating it “the nanny state.” But at the time, New York City was probably the most preeminent “biopolitical state” in the world. COVID-19 demonstrates that it may be impossible to adopt an effective “biopolitical” agenda in an economy dominated by the profit motive.

Under Bloomberg, the New York City Department of Health had established a syndromic surveillance system that collected information from every emergency room in the city in order to diagnose potential infectious threats as soon as they appeared. In 2003, a lone case of SARS at Kennedy airport triggered a response. Yet the infrastructure that the Bloomberg administration built was ignored by Governor Cuomo, Mayor de Blasio and the federal government and failed to implement the necessary steps—testing and contact tracing—to minimize the spread of the coronavirus. The capitalist market—dominated by large global monopolies and wildcat start-ups—had no interest in supporting public health initiatives, if that meant coordinating their business decisions. At a public discussion sponsored by the Brooklyn Institute for Social Research, Joe Osmundson, a member of New York City’s COVID-19 Working Group and a professor of molecular biology at NYU, reported that their political failure was exacerbated by the disarray of the unregulated market—in which many of the firms producing the supplies (laboratory equipment, chemical agents, swabs, PPE, etc.) necessary to conduct extensive testing—one of the most important steps to manage and control the virus—were either in short supply or made by different companies whose products were incompatible with one another.

The Federal government itself had made no effort to standardize or regulate the infrastructure necessary to mounting an effective pandemic emergency response—the Pandemic Preparedness Office of the National Security Council which had been set up to coordinate a response to a potential pandemic had been closed down by President Trump. In New York City, according to Osmundson, “there was an absolute failure of de Blasio, to listen to his public health officials.” He and Cuomo put off taking any preventative steps for 10 days while COVID-19 infections doubled every day and the death toll soared. The Health Department’s Deputy Commissioner for Infectious Diseases had to threaten to resign in order to provoke the adoption of measures such as sheltering in place, closing schools and establishing social distancing.

The official responses of political leaders—obfuscation, delays, xenophobia and the magical belief that the U.S. is impervious to a pandemic—has brought to mind many aspects of U.S. response to the HIV/AIDS epidemic. In late February, President Trump denounced the pandemic as a hoax—perpetrated by the Democrats. Yet COVID-19 is no mere echo of the earlier epidemic, but an amplification. In fact, the COVID-19 Working Group, a coalition of doctors, healthcare professionals, scientists, community workers, activists, and epidemiologists, was set up by many former AIDS activists in order to prod the city and state governments to take early action.

Many of the measures to deal with coronavirus have been promulgated as mass measures: staying at home, social distancing, using face masks and gloves. In some way, these are analogous to abstinence and safe sex and might have been avoided with adequate testing, contact tracing and more targeted quarantine measures of those who actually have the virus. Basically, the response, because of the government’s inadequate preparation, was to lay off or fire millions of “non-essential” Americans from their jobs and force millions more to work remotely and home-school their children. Those laid off or fired employees are still expected to buy food and pay rent. Stimulus checks and unemployment compensation are completely inadequate to cover these needs. Job holders in “essential” occupations and businesses (such as those in the health-care system, public transportation, police, supermarket and grocery workers, etc.) are put at greater risk of infection and are often inadequately provided with means of protection (masks, gloves, etc.).

The sociological dimensions of “staying at home” (in reality, a civilian equivalent to house arrest) and social distancing (social interaction as physical avoidance)—not to speak of wearing face masks, gloves and instilling the fear of touching others—are significant. As we have all experienced, these policies have pushed us to operate socially in a virtual space, with no physical grounding. Everyday social interaction requires a certain degree of ‘trust” but such behavior inculcates emotional distancing, suspicion and distrust. It’s not clear how long a society can function without physical or intimate contact (not even considering reproduction) even between strangers. The Internet may have lessened the burden of staying at home or social distancing, but it also diminished the quality of social and cultural life. Politically, it has also meant that authorities have criminalized gathering in large groups, seeking to eliminate crowds and mass demonstrations—both vital aspects of public life—supposedly until the pandemic has passed. Eventually many people—particularly healthcare workers, other first responders and COVID-19 survivors—will suffer from some form of post-traumatic stress.

While almost every country in the world has experienced COVID-19, no country has been harder hit than the United States, purportedly the “richest country in the world” with more than a million people infected and more than an estimated 100 thousand deaths by the summer. The contemporary American state is a shambles after four decades of neoliberal deregulation, underfunding, dismantling and neglect—and under Trump, deliberate attrition. A third of Federal jobs appointed at the discretion of the President are unfilled. Despite the fact that Reagan, Clinton, the two Bushes, and Obama had had to deal with the HIV epidemic as well as threats from West Nile virus, Anthrax, SARS, H1N1, MERS, and Ebola, the United States has lost its capacity to respond to a public health emergency. In 2018, Atlantic reporter Ed Yong sought to determine whether the United States was prepared to respond to a global pandemic and found the infrastructure was just not there: the budget for the Hospital Preparedness Program, created in the wake of 9/11, to help American hospitals prepare for a major disaster and which helped to professionalize emergency planning was halved; local public health departments were not adequately staffed; budget cuts to the CDC led to the loss of approximately 55,000 fewer jobs at local health departments; the Public Health Emergency Preparedness Program, which was set up after 9/11 to track infectious diseases, had had its budget cut by 70 percent; and in 2018, the Pandemic Preparedness Office of the National Security Council, which was originally set up to manage the US response to a possible pandemic, was closed by President Trump.

The no less capitalist states of South Korea, Singapore and other East Asian nations responded promptly and effectively. They invested in an effective infrastructure of epidemiological surveillance, healthcare management and political protocols to track and contain potential epidemics. Testing is the necessary prerequisite to prevent and control an infectious disease. South Korea, which identified their first case on the same day that the U.S. did, immediately met with Korean medical suppliers to coordinate, develop and produce testing equipment and moved to trace that case’s contacts and establish quarantine of those contacts. The countries that succeeded in limiting the impact of COVID-19 built a testing capacity and planned to manage any threat of an epidemic, while the United States left it to the so-called ‘free market’ and an incompetent Administration.

The biopolitical state is built, as Michel Foucault has argued, on research, statistical information, forecasts and other broad measures (testing, vaccination, sanitation, etc.). The example of New York City during COVID-19 has shown that a biopolitical state cannot function under political leadership that both fails to collect the necessary information or use it—because business firms can’t or are unwilling to accept. Nor can the minimalist state, promoted by neoliberals, adequately support public health, which is after all is a public good, something that capitalist firms cannot provide for a profit. Thus by failing to conduct testing and contact tracing, governments in the United States found it necessary to declare a society-wide quarantine policy that was in effect an economic policy resulting in massive unemployment and dramatically reduced aggregate demand. The response to the worldwide COVID-19 pandemic is another graphic demonstration that the neoliberal version of monopoly capitalism has no capacity to respond to a global public health crisis. Q.E.D.